Yup! you heard me right, Bob Ross funk Pop Doll. For those of you who have lived under a rock for the last twenty years, the company Funko makes iconic bobble-heads. They have somewhere around 1000 different licensed figures. You might have remembered when the movie “Captain America: Civil War” came out and everyone knows about ant-man going giant. This was because the toys for Civil War were released early and spilled the beans. So, yeah these are a popular line of toys. 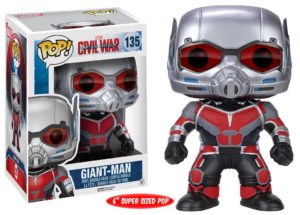 Bob Ross was an American painter, art instructor, and television host. Bob Ross was raised in the city of Orlando, Florida. He only completed one year of high school before enlisting into the United States Air force at the age of 18. Before that, he was a carpenter with his father. He took a painting class provided by the U.S.O. in the 1960s while stationed in Alaska. Interestingly enough, he learned his technique from Bill Alexander. This is the wet-on-wet (alla prima) oil painting technique. It is funny because Bill Alexander also had a show on PBS, The Magic of Oil Painting, which aired on PBS from 1974 to 1982. The wet-on-wet technique means applying oil paint on top of wet oil paint. So instead
of waiting for the layers to dry, you just paint while everything is wet. Given the nature of a television show, his allowed the painting to be completed quickly. This technique was suitable for the 30 min television show on PBS. While serving in the USAF stationed in Alaska he perfected his technique. He would take the Alaskan landscape and make beautiful paintings and sell them to tourists. Bob Ross retired in 1981 from the USAF. He wanted Bill Alexander to be his private teacher. Bob Ross ended up taking his place on PBS and becoming a great success. The Joy of Painting premiered in 1983 and ran to 1994.

Bob Ross came out of the 60s and 70s with a hippie persona. He rocked a permed afro with denim shirts and jeans. Richard Simmons had a similar fro. His soothing and intimate speaking voice made everyone feel good. Like a patient uncle was teaching them a one-on-one painting lesson. Because he made it look so easy he also amazed viewers with his effortless painting method. Again he only had 30 min to create detailed landscapes. He used a house painting brush and a palette knife.

While the whole time letting you know that you could do what he did too. His references to “happy little trees” and “happy little clouds” became the quotes everyone knows. He had a folksy vibe when he did his show. Because he was so good at his show he started a company Bob Ross Inc. They sold books, videos, and art supplies. They even put together painting workshops with trained teachers that knew his technique. The company it profitable to till this day. Sadly he died of lymphoma at age 52. 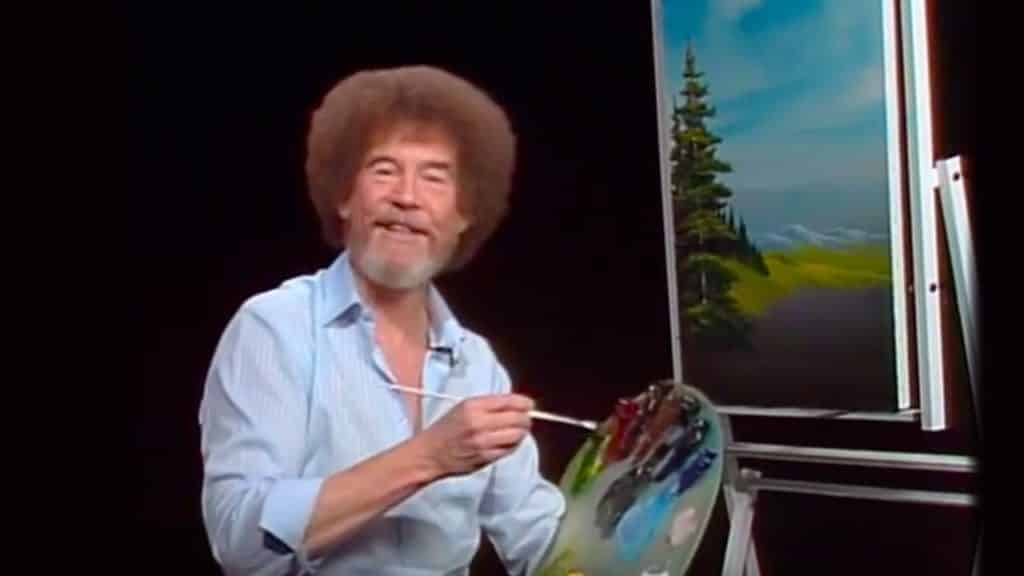 I guess with the cult following he has Funko decided to make a Bob Ross Funko Pop doll. I’m not mad at them either. I grew up watching him paint happy little trees. Almost to frustration because he made it so easy. There are a ton of shows on youtube, you should check them out. I bet you are itching to see what it looks like? hehe. 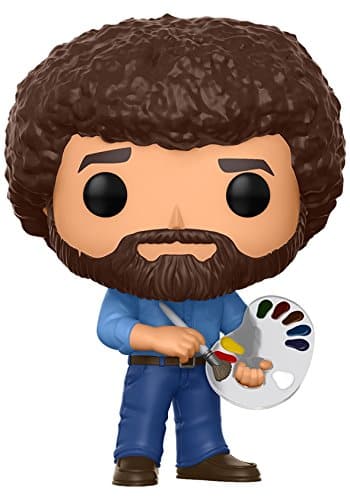 So I mentioned a pre-order. These are not even released yet as of this writing. I’ll try to update when it does. But right now these are going like crazy. This will be released August 22nd. So if you want to get one better order now or be sorry…lol I know I’ll be sending this to are my “artsy” friends cause it is so freaking cool! BUY it HERE!

The original Bob Ross Funko POP doll was so popular they added few new dolls. They are also both in pre-sell to be released December 29, 2017. I know I know, just in time to miss Christmas. But you can still ask for them after, I would. You can buy them HERE! 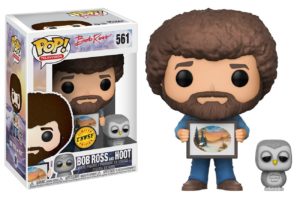 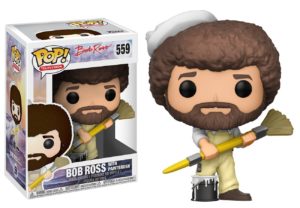 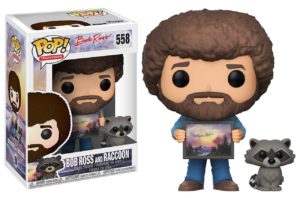 Don’t forget to check out the rest of my toy posts HERE!