Marbles, the popular children’s toy and game have a long history. But, nobody is quite certain when they truly originated. Though, many feel that it is safe to assume that marbles have likely been around nearly as long as mankind itself.

Archeologists have found what they believe to be marbles in grave sites of Ancient Egypt, the Middle East, and other parts of the world. Other marble-like objects have also been found in Austrian caves which were once inhabited by Palaeolithic-era humans. 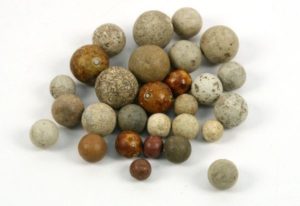 These early medieval European marbles were made of common stones, clay, and sometimes even actual pieces marble. It isn’t until the 15th century where mentions of colored glass marbles are seen in German literature, having been made in the areas of Venice and Bohemia, though the true original origin of glass marbles is still debated.

These marbles were probably not available commercially, however, and were made by glassblowers as simple toys for their own children.

It wasn’t until the 1800s that marbles—China and crockery marbles, specifically—began getting produced in larger quantities. Mass production of glass marbles further increased during the middle of the 19th century, when German glassblowers invented a special pair of scissors that cut marble canes more easily. This helped to spread the popular toy throughout the rest of Europe and eventually even America when the early colonist brought them back from England.

While today marbles can be found in a wide variety of materials, glass marbles still remain the most popular kind available on the market.

Glass marbles can be produced both by hand by glassblowers and by machine, they are not overly expensive, and are also usually unique in appearance, as they can feature small designs within the core itself.

They also can be a multitude of colors, rather than single, basic colors.

These days, old-fashioned clay marbles and other old versions are considered vintage collector pieces and can be highly valued. Old glass marbles are especially popular with collectors, as they came from Germany and were considered some to be the “original” glass marble.

Many marble collectors are willing to pay a lot of money to be able to add these older types of marbles to their collections.

As mentioned before, there are countless different kinds of marbles that have been made over time, in all sorts of materials, including clay, stone, and glass. While some are types are antique and no longer produced today, making them valuable and hard-to-find, there is still a number of other different kinds still being produced today.

Some of these common marble types include the following:

Although marbles in the Ancient times were made using rounded nuts, in medieval times they began getting produced using clay.

Then, in the 1600s, with the help of water-powered stone mills, Germans began producing marbles made from polished alabaster and marble, before adding other types of milled rocks, including limestone, brass, and some types of gemstones. 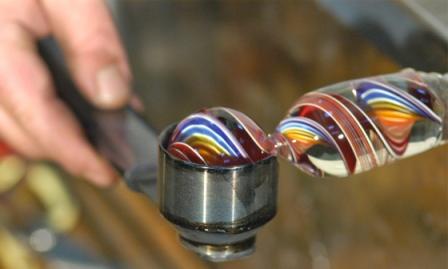 Handmade glass marbles were made through glassblowing at first. A piece of glass would be heated to extremely high temperatures and then pierced with a special rod so the glassblower could begin forming the small marble spere using a special set of tools.

They would then cut it using a pair of scissors made specifically to help cut molten glass as it cools, without breaking the final product. The marbles would then be placed in a special barrel, which helped to cool them down enough to be handled by hand.

While all marbles were originally made by hand, in the 1900s, Americans began mass-producing marbles in factories. Martin Frederick Christensen was granted a patent for a special machine which made almost perfect spheres of steel ball bearings.

He made his first marbles using his machine, and by 1910, he had an entire company that produced 10,000 marbles a day. Although production of marbles suffered due to the breakout of World War I, other factories eventually came about and began producing their own marbles. 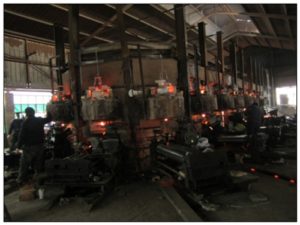 These days, these marble factories have been moved away from American soil, and are found in countries all over the world, including Mexico, where they produce around 12 million marbles a day. This factory shown was in China.

Marbles are so popular that they have even garnered their own competitions, one popular one being the National Marbles Tournament. This tournament was first held in 1922 and has become a special time for marbles lovers to show their skills in the game.

Competitors as selected from top players in local tournaments held throughout the United States. During the multi-day tournament, over 1,000 marble games will be played by competitors, until the new “King and Queen” of marbles has been decided. 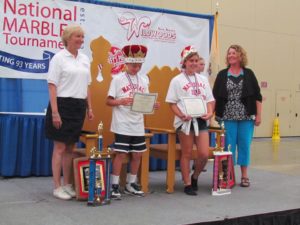 Beyond the honorary titles, competitors are also competing to earn other national honors, scholarships for college, and other sorts of prizes and awards.

Where to buy marbles?

Simple, cheap marbles can be found in virtually any store; from places like Target to craft and hobby stores. Here are some bulk clear marbles. Or if you just want a variety of marbles.

But, if you are looking for something special or collectible, your best bet is to find a retailer that specializes in marbles.

Moon Marble Company makes both handmade and machine-made marbles. You will end up having to pay more, but their selection will be geared to someone more who are looking for something beyond the basic factory-produced marbles.

So, whether you are just a hobbyist or a true marble aficionado, there is a store that has the right type of marbles for you. Maybe one day you’ll find yourself competing in one of the popular Marble Tournaments!

Check out the best hobbies. And don’t forget the rest of the site.